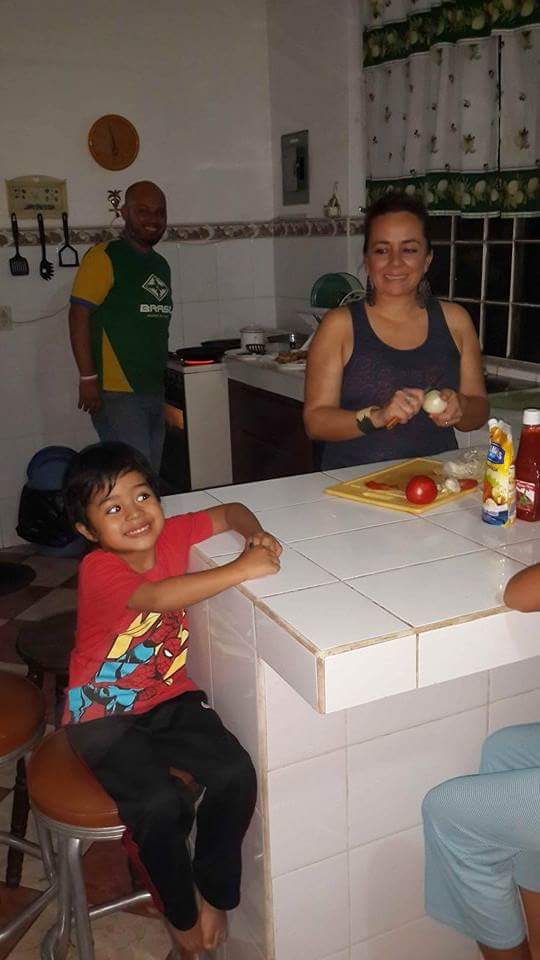 Keeping house and taking care of the children is a woman’s task.

I have asked some of my close friends to define feminism as they view it. We set aside as a given, the dictionary definition of feminism which reads something like: “a woman’s right for equal opportunities” which no one really opposes anymore, at least in the western hemisphere.

I received many interesting opinions and it made me think deeper on how my cultural and religious background has shaped me as a woman and what legacy of thought I want to leave my three daughters and my son.

It must be said that the opinions were from people who may have known each other at one time but for now, have little or no ongoing communication. Their lives and marriage status are all very different: single, divorced, married; living in Southeast Asia, USA, and Central America.

Two opinions came from women, the rest from men and I was surprised to see that I agreed with them all! At least in combination and as complimenting one another.

Why even pose the question? As a married mother of four children growing up in a Latin American country, with an American mother and Guatemalan father, I have been questioning what is the right formula for a balanced, healthy relationship without losing my identity, hobbies and self-worth. We will leave religion out of this because I would rather  keep the subject as light as can be. Although religious beliefs have, I am convinced, the strongest influence on how people approach this subject. Maybe I will delve into my religious background in another entry.

For now let me share with you some of what my friends had to say:

“This is a loaded question….equal rights is one thing, but feminism is going overboard. Example, legal prostitution, abortion …under the pretext that it’s my body and I do what I want….In any situation there can only be one boss and now it usually is not the man. That being said, a good boss/head of anything puts others before himself. Basically, I put the definition of feminism down to women’s rights before any moral or ethics concerns.”

“Deep subject this morning! I think women have taken it too far and run all over men these days and have caused more problems for themselves because now they are expected to do a lot more.”

“Interesting question. I think feminism isn’t necessarily a negative term…we use the word Headship-or head of the household. It is being a leader…the man also  needs to be a good provider and a good husband and a good father. He also needs to empower his wife in many instances at the same level as himself. Feminism is identity. It’s a sense of empowerment that women should have. But there needs to be a balance. The man shouldn’t lose his role as being the father or headship of the household.”

“So that’s a heavy question. For me, feminism celebrates our innate differences and empowers each person to accomplish what they are best at, regardless of their gender or station in life. I don´t think authority belongs within the home. I think partnership belongs in the home.”

“Feminism is what actions a woman performs to get out from under ‘machismo’. If I am ‘machista’ I will believe that washing dishes is a woman’s job. Now, in the case of an activity that requires strength, I will assume a woman can’t do it and if she says she will do it just so she avoids being called weak, then I consider her feminist.”

Maya culture is severely male-oriented. Women have been considered in worth just a wee bit higher than the household’s livestock. Paradoxically, the women are usually the most productive of the genders in this society. Maya women’s education is very limited if existent at all, especially in the villages where life is primitive.

This ‘machista’ way of thinking seeps into all of Guatemalan culture even as we move into the capital city. Here, we are a melting pot, a mix of many Mayan and European bloodlines. For globalized, urban humans, this way of ‘machismo’ thinking brings many problems, especially within marriage.

It is only in this century when we have seen a healthy participation of Maya women in society. For them, feminism provides self-worth, higher life expectancy, better living conditions and hope! It means that they can earn a living with dignity and leave behind a husband who impoverishes their family intellectually, emotionally and financially. In this sense, I can see no wrong in feminism. These women really need to come out from under the curse of ‘machismo’ for their own health and for their children’s safety.

In a more urban setting, where we find educated minds and civilized humans who are able to honor and respect each other, I have discovered that if man does not take his place, the woman will. There is nothing wrong with that either.

That being said, women WANT men to take their place.

I will venture to say that all women are pleased when they see a manly man:

a man who is unafraid to make decisions and take responsibility for said decisions;

a man who is willing to defend his family;

a man who can and will treat his wife respectfully;

a man who embraces women’s strengths and does not feel intimidated by them.

That man can do and be all these things because he consciously cultivates himself to be wiser and emotionally stronger in order that he may bear his responsibilities as the Headship of the home.

I would love to hear more opinions on this subject, especially when related to religious beliefs!!

At home in Guatemala!! View all posts by PriscilaCebeira

This is a text widget. You can use text widgets to display text, links, images, HTML, or a combination of these. Edit all of these widgets in the Customizer Widget section.